Do you suffer from acid reflux in Torrance and are looking for relief? Our team at New Health Medical wants to help you! Learn more here about acid reflux and see how we can help.

WHAT IS THE TRUE CAUSE OF ACID REFLUX?

Your doctor has probably told you the cause of your acid reflux is “too much acid in your stomach and an esophageal sphincter that is not closing properly, allowing the overflow of acid to back-up into your esophagus”. You were then undoubtedly prescribed an acid blocker such as Prilosec, Nexium, Prevacid, Protonix, Zantac, Pepsid, or a handfull of other medications.

Well the true cause is actually not enough of the normal stomach acid (HCl). You see, your stomach makes HCl for a living (that’s it’s job), and there are 2 very common reasons many people don’t have enough of this very important digestive acid.

When your stomach is lacking HCl it cannot properly digest the food you eat, so the food begins to rot and ferment, producing organic acids. These abnormal organic acids are actually the ones that you burp-up into your throat and feel as heartburn or acid reflux.

HOW DOES YOUR NERVOUS SYSTEM CONTROL YOUR DIGESTIVE TRACT?

Your nervous system exerts a profound influence on all digestive processes, namely motility, ion transport associated with secretion and absorption, and gastrointestinal blood flow.  Much of this control happens from the digestive system’s own, local nervous system referred to as the enteric or intrinsic nervous system.  The magnitude and complexity of the enteric nervous system is immense – it contains as many neurons as the spinal cord.

The principal components of the enteric nervous system are two networks or plexuses of neurons (nerve cells), both of which are embedded in the wall of the digestive tract and extend from esophagus to anus:

Within these enteric nerve plexuses are three types of neurons:

Enteric neurons secrete an intimidating array of neurotransmitters.  One major neurotransmitter produced by enteric neurons is acetylcholine.  In general, neurons that secrete acetylcholine are excitatory, stimulating smooth muscle contraction, increases in intestinal secretions, release of enteric hormones and dilation of blood vessels.  Norepinephrine is also used extensively for neurotransmission in the gastrointestinal tract, but it derives from extrinsic sympathetic neurons; the effect of norepinephrine is almost always inhibitory and opposite that of acetylcholine.

Spinal misalignments (vertebral subluxations) in the mid thoracic region often cause continual stimulation of the specific portion of the sympathetic nervous system that connects to the stomach and esophagus; inhibiting the proper secretion of hydrochloric acid and slowing the movement of food through the stomach and into the duodenum.

When the stomach lacks HCl it cannot properly digest the food a person has eaten, so the food begins to rot, ferment, and putrefy producing organic acids and gas.  This abnormal acid and gas fill the stomach causing bloating and irritation which eventually escapes, or refluxes, into the esophagus.

New Health Medical is the only clinic in the South Bay to specialize in the Gonstead method of chiropractic.  This highly specialized and precise system of correcting vertebral subluxations is extremely effective in helping patients who suffer from acid reflux or constipation by eliminating or reducing the inhibitory nervous stimulation to the GI tract.

“I began suffering from acid reflux about four years ago.  The heartburn at night became so bad that I would not be able to sleep and I would often vomit in the morning.  I went to my family physician and he recommended that I take benefiber and some other supplements that helped a bit, but didn’t last long.  I also tried natural remedies like apples and honey but that also was only temporary relief.

Then I was at the 2010 lobster festival in San Pedro and I met Dr. Grenda who said he could help with my acid reflux.  I made an appointment for a consultation and took an x-ray.  Dr. Grenda explained how he could help me, and then did an adjustment on my back.  After seeing Dr, Grenda for three treatments my acid reflux was gone.  It has been the best choice for permanent relief.

Besides acid reflux, I have also dealt with neck pain, back pain, and headaches.  I enjoy sewing, scrapbooking, and origami, but sitting for a long period of time caused back pain and neck pain and there were times when I was in so much pain that I had to stop everything and just lie down.  Since getting adjusted by Dr. Grenda, those days are gone.

It has been almost three months since I first saw Dr. Grenda and my health has improved dramatically.  I feel great after each visit, my body feels more balanced, and my overall health feels better.

“I WAS PRESCRIBED TONS AND TONS OF MEDICATIONS AND NOTHING HELPED.  NOW I’VE BEEN A COMPLETELY DIFFERENT PERSON SINCE MY TREATMENT AT NEW HEALTH MEDICAL” 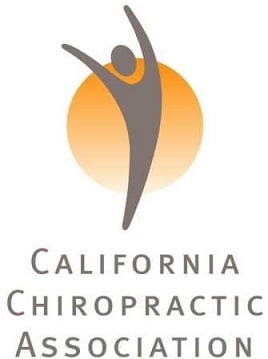